When you’re just about to become a new dog parent, one of the most exciting things is finding a name that best suits your furry little one. Should you draw inspiration from a happy college memory? A special cartoon character? A favorite cocktail? Your nicest neighbor? Are there rules even?

For this article, we’re breaking down the science of dog-naming and helping you come up with the wittiest, most fitting names for your pawed pal. 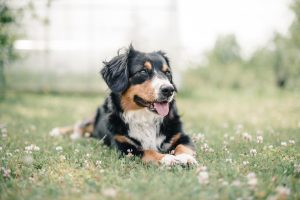 It’s not all clever puns and funny jokes. The key to finding the best name for your canine is by using simple sounds that make it easy for them to understand they’re being referred to. You’ll want their name to begin with a letter that produces a distinct sound; specifically, names that begin with K, D, or T. When their name starts with an F or S, for example, this could be much harder for them to pick up since these letters have softer openings. Utter the sounds yourself, and you’ll notice that these letters don’t have much of a loud impact. As a result, this could confuse them. Consequently, when your dog’s name ends with a vowel, preferably an A or E sound? they’re much more able to pick up your cue since vowels are more likely to be prolonged. 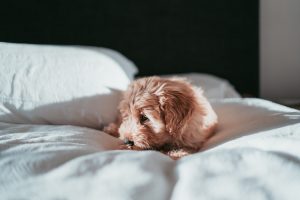 Because you’re eventually going to need to teach your dog basic commands and simple tricks, avoid names that rhyme with words like stay, or sit, or o. you’ll want them to be able to establish their identity from a gesture you want them to follow. Imagine how challenging it would be for your pup to stay put when their name is May or Ray. If you named them, Bo, too, it’s going to be even more difficult for you to teach them what no means.

Think of the public! 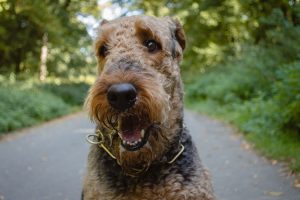 You’re bound to take your dog to a dog park or the beach. These are unspoken yet necessary dog necessities. That being the case, think of how other people will react when you yell your dog’s name. Make sure their name is a safe word. No curse words, nothing too sexy (if not sexy at all), or nothing too extreme. Avoid naming your four-legged friend your favorite singer, too. Imagine the false hope you’d be inciting to others when you shout, Taylor Swift at the streets, only to be referring to your leashed-child. Be as creative as you want, but think about its overall effect and consequences, too. 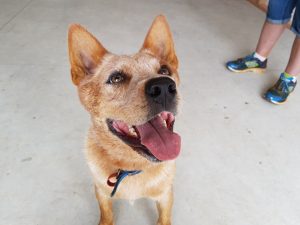 Factor in your pup’s or dog’s personality and overall vibe. For instance, you can resort to descriptive labels like Dolly, when you have a Dalmatian or ,Timmy, when you have Toy Poodle. If you don’t want to go that route, you can try to name them opposite to their apparent features. No one normally calls their healthy Bulldog, Barbie, or their German Shepherd ,Tiny. Play around with their looks and their breeds, and see what clicks.

Another useful tip is to try to stay away from the names of regular people. Truth be told, it could be awkward referring to your dog as Dave, or Grant, or Emily. You’d also want to limit their names to two syllables only. That way, when you call them, they’re able to respond in a heartbeat. Eliminate the chances of them having to second guess whether or not you’re calling them.

Another route you can take is naming them popular last names of notable figures. Einstein, Zeus, Newton, Joker, or Katniss are classic examples!

Do you have any dog-naming tips you want to share? Let us know in the comments below! And don’t forget to subscribe to our newsletter!